Invitation To Leaders In Luxury Event-September 2006

Agent Michael Morrison, has been invited to attend Leaders in Luxury this fall. The event to be held at the prestigious Four Seasons Dallas, was opened to only 100 of the nation’s ‘best in in the business agents’ who excel with million dollar and above price tagged homes. The event which is sponsored by The Institute for Luxury Home Marketing,... Read More »

The booming condo market in downtown Tacoma has hit a new milestone. Tacoma’s premier luxury condo has been brokered by Michael Morrison. This is a special sale in that it is the architect’s very own condo at the very first luxury tower to ever hit Pierce County, The Swedberg Family Condominium of 1 Stadium Way. The record setting 7 digit... Read More »

Michael Morrison is holding a silent auction at his upcoming Annual Gratitude Gathering for brunch on the Tacoma Waterfront. This year a silent auction will be held to benefit the newly formed Teen Outreach program of the Lakewood Area Shelter Assocation. Morrison stated “teens are often forgotten in times of homelessness and it is important to take care of the... Read More »

Unique Homes Magazine, a national newsstand luxury home publication, will feature Michael Morrison in the January 2006 issue. The magazine will highlight Morrison for his marketing award at 2005’s Luxury Conclave, a networking and educational symposium for luxury real estate agents. Morrison is Pierce County’s premier Certified Luxury Home Marketing Specialist and can be reached at (253)606-5925.

Local Home Sets Record – November 2005 Michael Morrison has brokered the most expensive home in the Univeristy Woods neighborhood. It also breaks the record for the neighboring WestHamptons and Berkshire communities of University Place. The nearly 5000 square foot home backed to Charles Wright Academy, had 3 floors, 5 bedrooms and 3 baths. Morrison has been recognized nationally for... Read More »

Michael Morrison has brokered the most expensive home in the University Woods neighborhood. It also breaks the record for the neighboring WestHamptons and Berkshire communities of University Place. The nearly 5000 square foot home backed to Charles Wright Academy, had 3 floors, 5 bedrooms and 3 baths. Morrison has been recognized nationally for his work in the upper tier.

Kendra Todd, selected as the Trump Apprentice during last season’s TV show, was on hand at The Luxury Conclave in Palm Beach where Morrison received a National Marketing award. Todd invited Morrison and the other top luxury agents to be her special guests at the December opening party of the Donald Trump-owned Palm Beach mansion she has been redoing for... Read More »

The Luxury Conclave has named Michael Morrison to be the Best Luxury Home Agent for a Brand Marketing Campaign in the United States and Canada. Donna Lee Laue of Unique Global Estates presented the Award to Morrison at the prestigious Four Seasons Resort in West Palm Beach, Florida, during a true gala ceremony. Morrison was selected after a careful review... Read More »

Local Agent To Compete – September 2005 The 2005 Luxury Conclave to be held in Palm Beach, Florida has invited Michael Morrison to be part of its marketing competition. Morrison’s marketing materials have been selected to be reviewed by an impartial New York Based advertising agency. The Luxury Conclave is an invitation only networking and educational event where Morrison will... Read More »

Stay connected with Michael Morrison for the latest in events, listings, market reports and more. 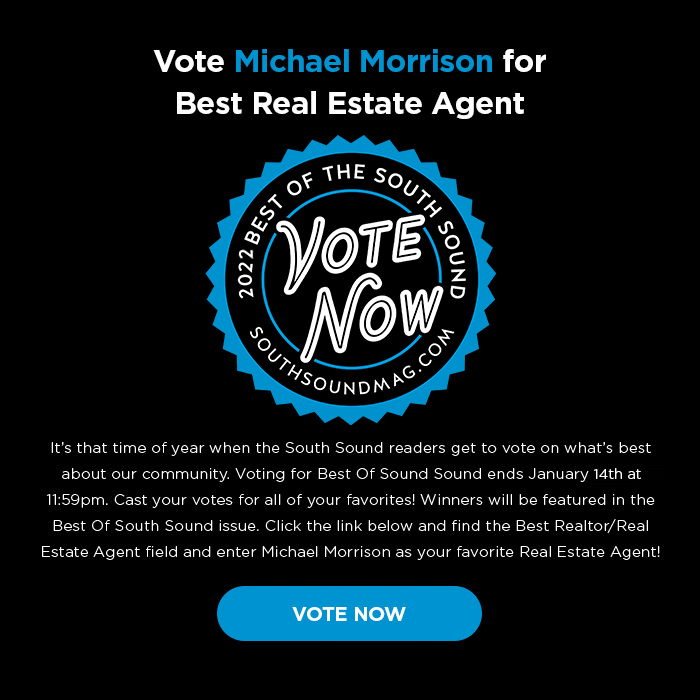