Cindy, started Morrison Realty in 1971 when the big box lumber stores started to take over the retail side of the industry. Morrison Realty was born in a small retail space in Fort Ticonderoga, New York. Michael grew up being surrounded by real estate negotiations, deal making and marketing.  Michael did not immediately go into Real Estate. He went to college for 1 year in Salem, West Virginia before entering the military.

During his 3 years of military service Michael continued his college education and earned money towards his college degrees. He completed a Bachelor’s degree in Business Administration and then continued onto achieve his Masters degree with a major in Finance.

Upon satisfying his tour with the Army, Michael lived in Seattle, Bellevue and Auburn before settling in the greater Lakewood and University Place area.

While in Seattle Michael worked for Bain and Associates Property Management and also HSC Real Estate Services as assistant controller. Michael left HSC to work for a local dealer of GEAC Computer Systems. Michael started in telephone support and worked up to a sales position in the company that actually supported large multi-family real estate operations and multi-unit developers.

Michael traveled throughout the United States and Canada setting up intricate systems for developers and managers of mega-million dollar projects.

Having married and started a family, the travel became an issue for Michael and he came back to his beginnings of residential real estate.  He joined a local brand in the late 1990’s and stayed loyal and true to that brand until he launched his own brokerage.  In the spirit of the Morrison Tradition, Michael and his wife Tonia launched Morrison House Sotheby’s International Realty.  This was a major accomplishment as affiliation is a lengthy process for approval and screening by the Sotheby’s franchise system.

Michael has defined his niche as a unique and upper-tier property.  He has been recognized nationally and locally as a record-setting agent for the discerning property.  His love for real estate stemmed from his upbringing, his love for the unique stemmed from summering on Lake George and being surrounded by the Adirondack Mountains of New York State

Michael has been recognized several times at National and International Luxury Home Conferences.  His achievements are your assurance to success.

2011 Featured on the NBC Today show for Real Estate Photography

2012 Speaker at the Leaders In Luxury Conference – Charleston, South Carolina, Speaker on Best Practices in the upper-tier residential market 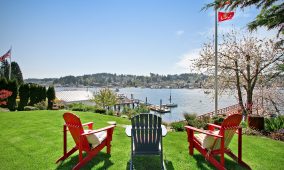 The Gig Harbor market is strong. The home at 8424 Goodman drive was designed by Lynne Martin architect and built by Erik Schelbert of Lanway General boasted 5200 square feet of living space and situated on 90′ feet of waterfront with deep water dock. The home was complete with indoor and outdoor living rooms, 5 outdoor patio heaters, a technology package and two kitchens. Morrison stated the “high-end buyers we are seeing today are often times coming from outside the area where they are looking to escape extreme weather swings and taxation.” The home also had multiple interested parties which add to the strength of our current luxury home market. 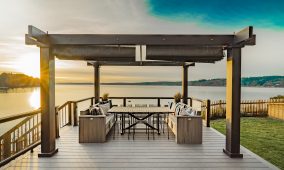 We are proud to have been selected to market the recent Dream Home Sale in Gig Harbor, Washington. Artful preparation and representation for our clients works in concert to achieve the highest and best possible sales price. Contact your Morrison House Sotheby’s International Realty broker to learn how we can market your home at any price point, like a dream.

The home is an inspiring masterpiece of artisan vendors coming together. Henderson Bay at your back door with incredible sunsets. Turnkey living in an over the top sense of style with TWO master suites, one on the main. Lower level wet bar and wine fridge provide entertaining on multiple levels inside and out. A custom Trex deck was done with dining area, built in benches and even stairs to the bulkhead.

Michael brokered the record sale for Gig Harbor, Washington in 2016. Not only did Michael represent the seller, but he also brought the buyer from his database of both local and out of area clients. The sale closed in a record matter of weeks after only being launched to market in mere days. Michael carefully ensured the cash transactions was safely handled for both buyer and seller. All movements of cash, wires and client information was discretely handled with the utmost of care. The home was situated on nearly 2 acres of high bank water front and designed with a lighthouse theme. 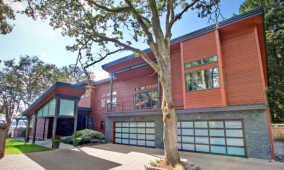 The local celebrity golfer called on Michael to represent him in the sale of his freshly built ultra Northwest Modern waterfront home. Ryan stated “You ‘get’ the house and I need someone who does just that.” Michael represented the unique home on American Lake with 4 car gargage, concrete floors along with in and out radiant floors. The master bath was complete with trough sinks and steam shower with LED lighting.The home maneuvered through escrow carefully and quietly with multiple inspections and appraisals. 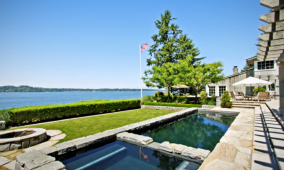 Michael brokered the salt water estate of Nancy Bunn-Munro of Olympia. After being marketed for over a year, Michael took the home and packaged the property to play up its strong points. The home was custom built by Nancy and her husband while over the years it had been tastefully remodeled. Michael generated two offers in the 2 weeks after relaunching the property. Michael successfully maneuvered the sale through escrow with multiple easements being recorded, two appraisals and inspections. 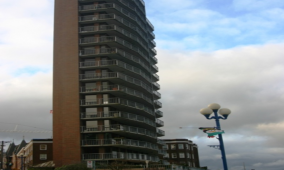 Russell Family–Tacoma
George Russell’s (of the Frank Russell company) condominium brokered to Pam and Kurt Mayer. The 2500 Square foot view condominium was brokered and at the time, was the most expensive resale condominium ever sold in Tacoma.

Hogan Estate–Tacoma
The Hogan Estate, part of the Piggly Wiggly retail chain was brokered to Phil and Snookey Simon of Simon and Sons Steel. The condominium was the most expensive resale condominium ever sold in Tacoma and was extensively remodeled. After the remodel, the total purchase price will be in excess of $1.1 million.

Stadium Way–Tacoma
Lyle and Delores Swedberg were one of the original owners to Stadium Way. In fact, Lyle was the designer and architect which crested the true legacy address in Tacoma. Michael quickly brokered the sale and it is the first ever condominium resale ever to close over the $1 million mark. 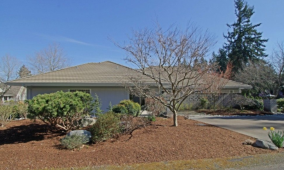 Laura and Grant Gardner purchased a home from the Magnusson family. The 4000 square foot home was the most expensive non-view home sold in the University Place Market. The Alameda Park Home was extensively remodeled after the purchase. 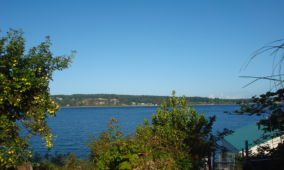 John and Liz King, Microsoft Executives purchased a Sunset Beach neighborhood home from Nikki and Ed Weber, well known architects and designers. The home built in 1981 was the most expensive home ever brokered in the neighborhood. Michael represented the buyer after marketing into the area for homes to fit the buyer’s specific needs. 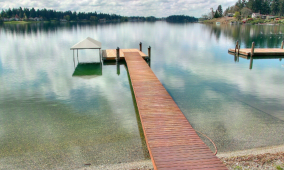 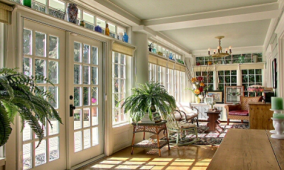 Michael brokered the historic Foss family waterfront ‘bungalow’ that was restored by Mike and Annie Krause. The sale represented the highest sale for the year at the time and set the record for the highest sale per square foot in MLS history for the lakes. The home was in Lakewood, Washington on Lake Steilacoom. 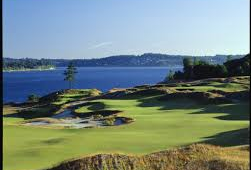 Michael collectively packaged of 1.6 acres of land directly across from the Chambers Creek Golf Course. The development package was the most expensive speculation package ever brokered on Grandview Drive aside from the Golf Course purchase by the County. The purchase closed with a normal 30 day escrow, with no closing extensions.

GIVING BACK TO THE COMMUNITY

Giving back and making a difference in the lives of others is a passion for Michael. He works throughout the year to support the following charities through his event marketing and direct financial support. 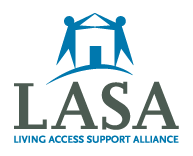 LASA works to prevent homeless and recurrent homelessness in our community. They are a community organization to house in excess of 65 families and prevention services to over 250 families annually in our area.

Violent Crime Victim Services seeks to provide services in our community for the victim/survivors of violent crimes and homicide. They endeavor to act as an advocate for co-victims and families by offering them peer support groups, peer court support, crisis intervention, mental health referrals, and faith community referrals. 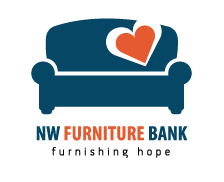 Dozens of agencies work with the homeless, domestic violence victims and low-income population providing temporary housing and recovery programs, but when their clients complete the programs they may have new housing and a new focus for their life, but they often have no furniture. NW Furniture Bank meets these needs by providing furniture to those transitioning into their own homes. Furniture is also available for foster children who age-out of the program, and for people who lose all of their possessions in natural disasters such as fire or flood.

The NW Furniture Bank strives to give their clients a bed to sleep on, a sofa to sit on, and a table to eat from. Hundreds of volunteers are using their time, talents and donated furniture to restore hope, dignity and stability to families that are working hard to rebuild their lives

Stay connected with Michael Morrison for the latest in events, listings, market reports and more.